iOS 16 UI pack for iPhone is now available in MockFlow 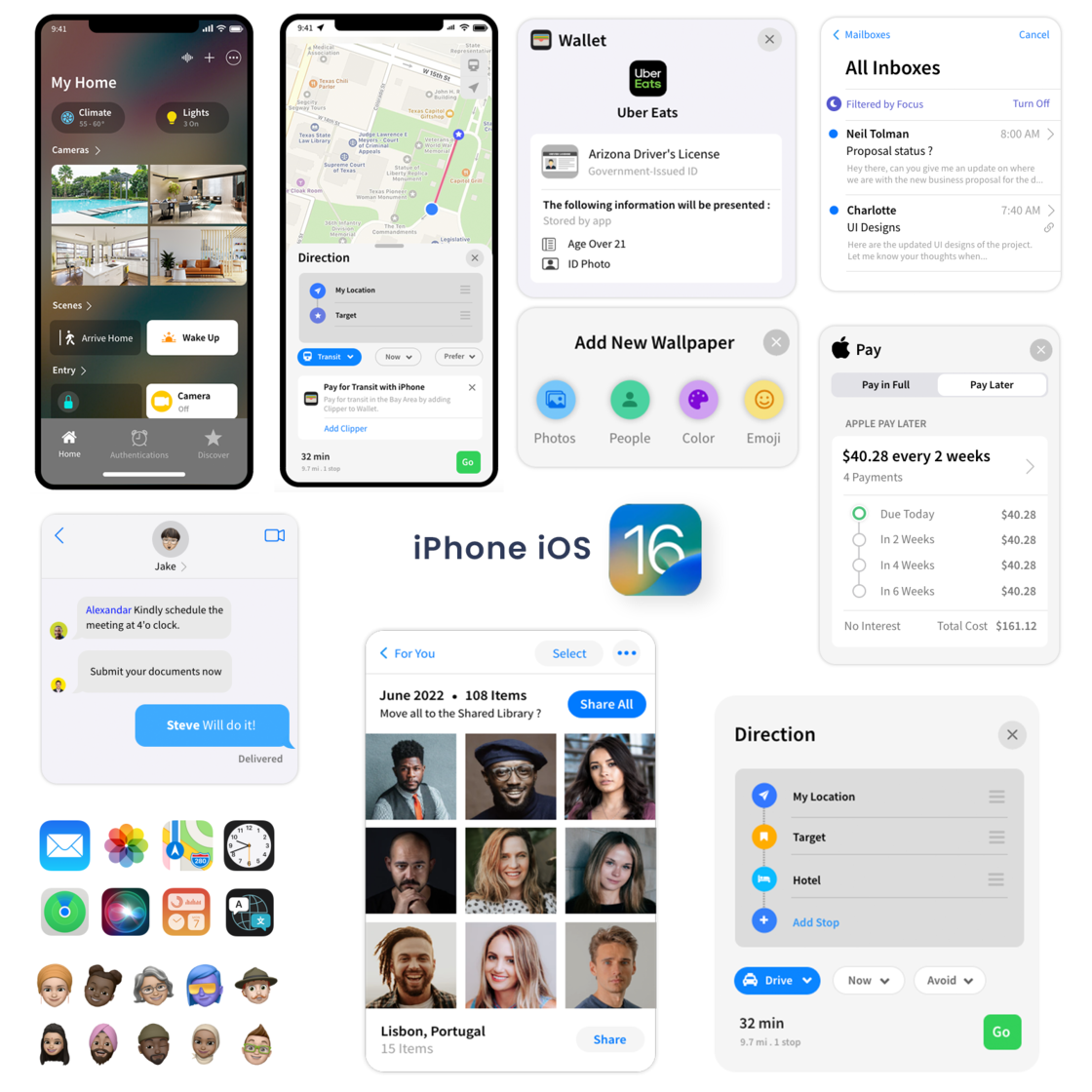 The next generation of iOS - version 16 was recently announced in Apple WWDC 2022 conference held in June. The latest update brings many UI improvements and features like improved widgets, customizable lock screens, focus mode and much more. Whether you are developing a new iPhone app from scratch or have an existing iOS app, it's the best time to start thinking design in terms of iOS16.

At MockFlow, we are glad to introduce a new UI pack for iPhone iOS 16. Start brainstorming your UI ideas with iOS16 components right now. The UI pack has over 190 components that includes primary elements like buttons, forms, icons to full fledged screens.

In a separate release, we will be releasing iOS16 versions of iPad and CarPlay.

For more details and using the UI pack, click here .